IABG Lichtenau, located in Northern Germany, is a world class testing facility that has been in existence for over 40 years, specializing in technical analyses for military and civilian armored applications in accordance with German national and international standards.  The IABG certification protocols and testing methodologies for ballistic and blast testing of commercial and military pattern vehicles make them one of the world’s best testing authorities. 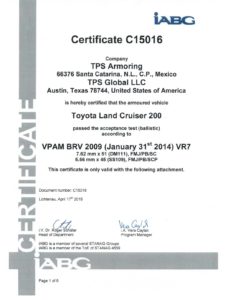 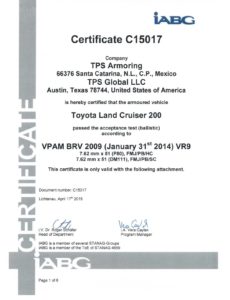 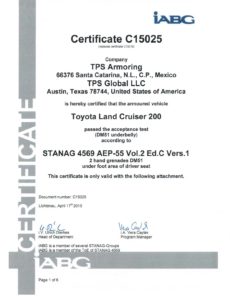 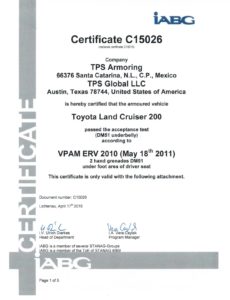 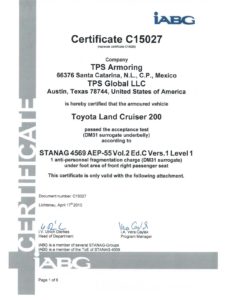 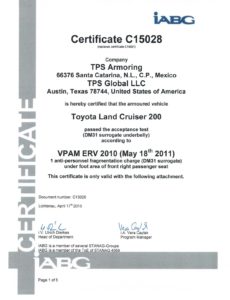 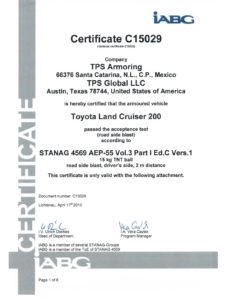 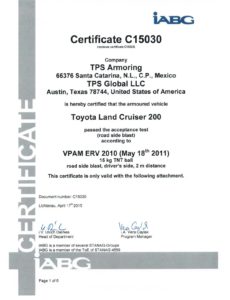 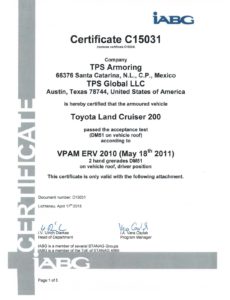